EMBARKATION OF THE PILGRIMS & SHEEPSTERS

Each year we take photos of our two dogs, Maria Perra and Juan Perro. They both have birthdays in September a week apart. This year I wanted to do something more creative then a simple still. I went through a few ideas but ultimately landed on a painting by Robert Walter Weir titled, Embarkation of the Pilgrims and felt compelled to see them placed within it. The original was commissioned in 1837 to be placed in the United States Capital Rotunda. It captures the scene as the ship Speedwell departs Delfshaven in South Holland on July 22, 1620. Along with Mayflower, the two ships transported the Pilgrims to the New World. The Mayflower left after the Speedwell on the 16th of September 1620. Which also happens to be Maria Perra’s birthday. And thus the tie (all be it loose;). It’s also funny because Boston Terriers are a strictly American breed of dog. If you have a minute, jump over here for quick intro to Boston’s. 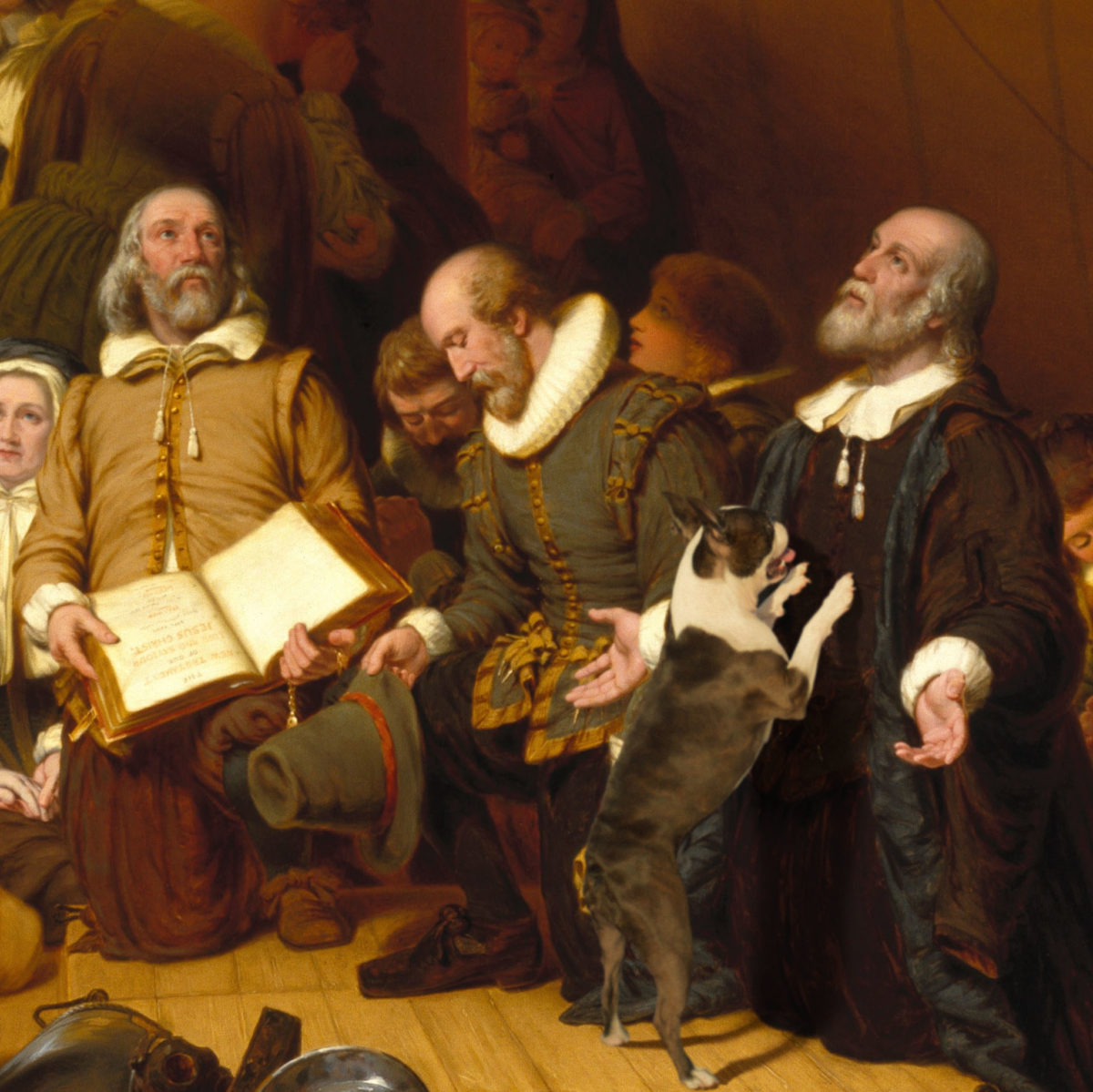