Today is my nephew Colten’s birthday. He turns 9. A few months back, he had the opportunity to meet J.T. Barrett. The quarterback for the Ohio State Buckeyes. Colten is a HUGE OSU fan and is currently having some of his own success on the little league field so as you could imagine he was pretty pumped to meet the QB. J.T. autographed a jersey for him and gave a few words of advice. Then they took a picture together which ended up in the newspaper. Colten was also pretty pumped about that;) My sister sent me the article to see if I could blow the picture up and print it. I had another idea so I reached out to the photographer to see if I could get a copy of the original photo. She was very happy to help so I soon had the file I needed.

Luckily Dianna is a pro and was shooting RAW so I had a lot of leeway to edit. Here’s the original shot out of the camera: 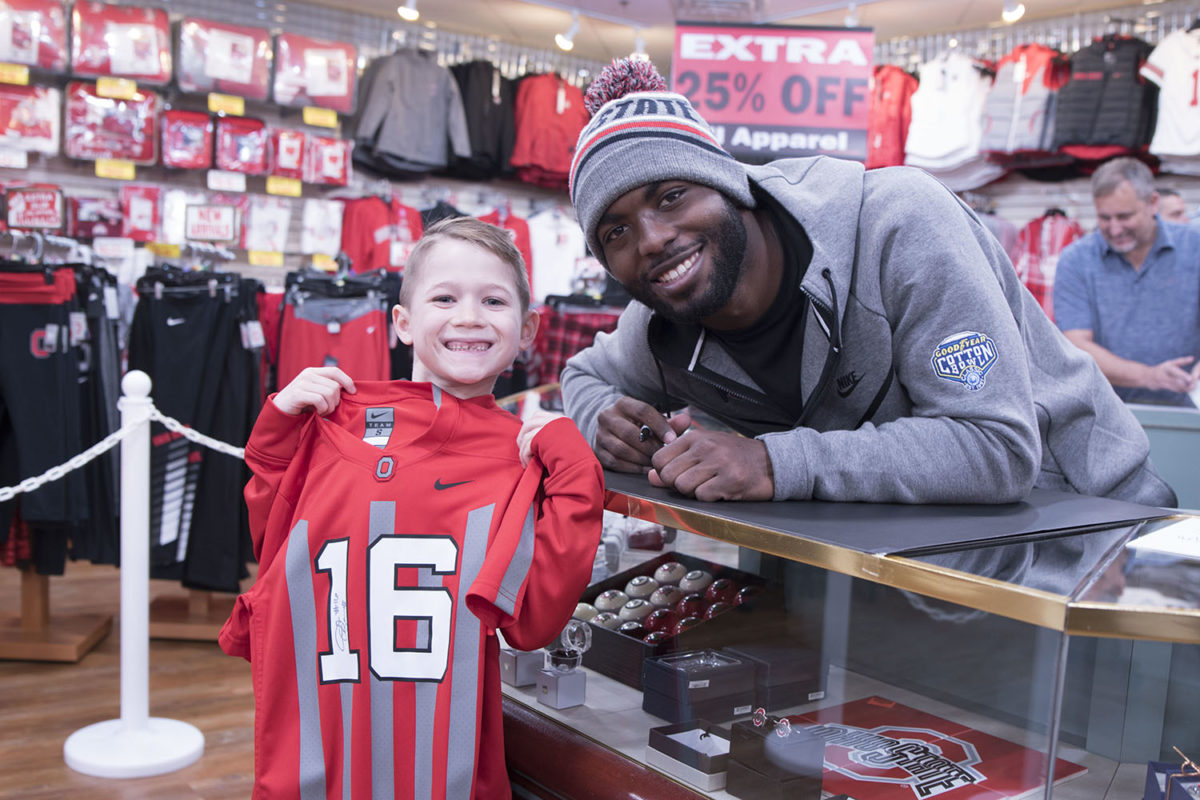 Now, if you know much about photos you know RAW pics don’t always look all that good unprocessed. But that’s also what’s so great about them. Like I said previously, you can edit the crap out of them and not worry much about damaging the image.

I knew I wanted the final to be gritty so I graded to reflect that. Here’s how the base grade came out: 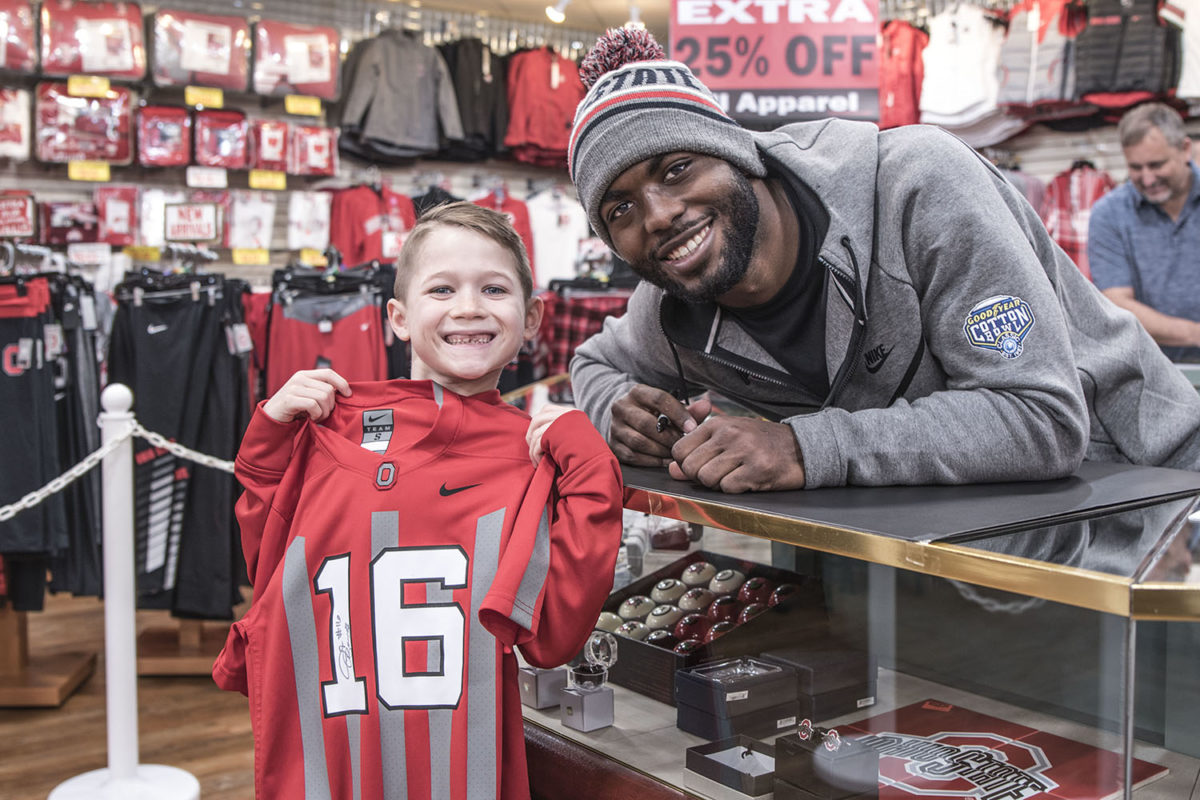 I had already looked for some current OSU graphics to base the poster on and found these: 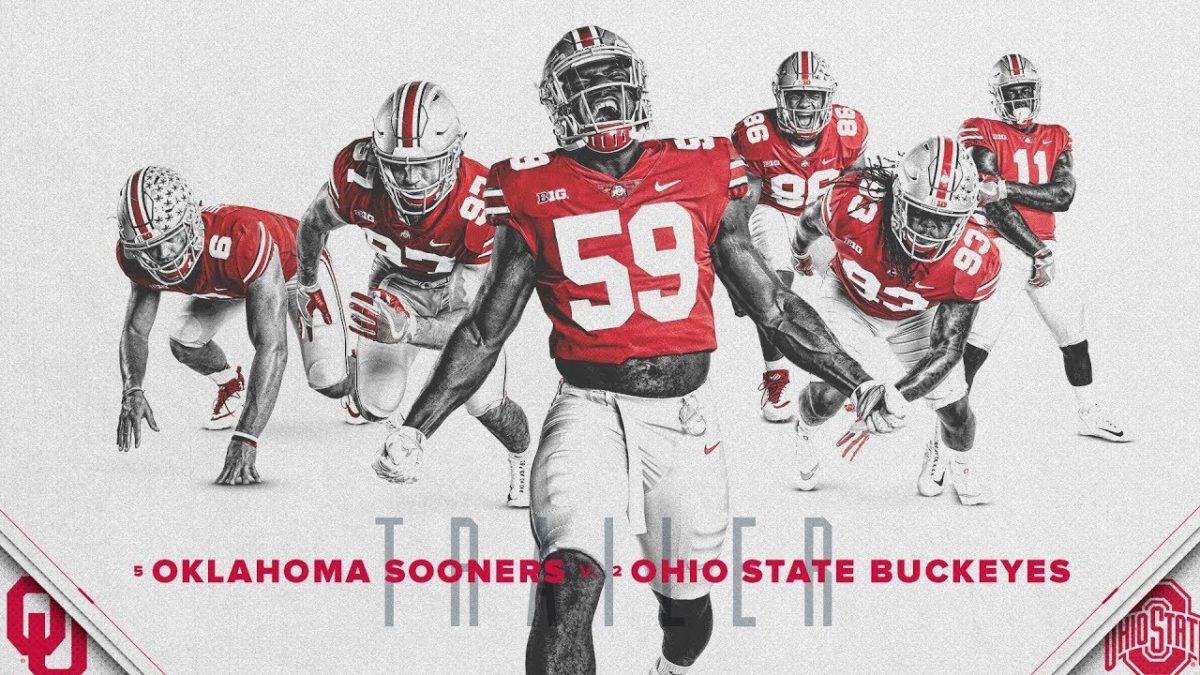 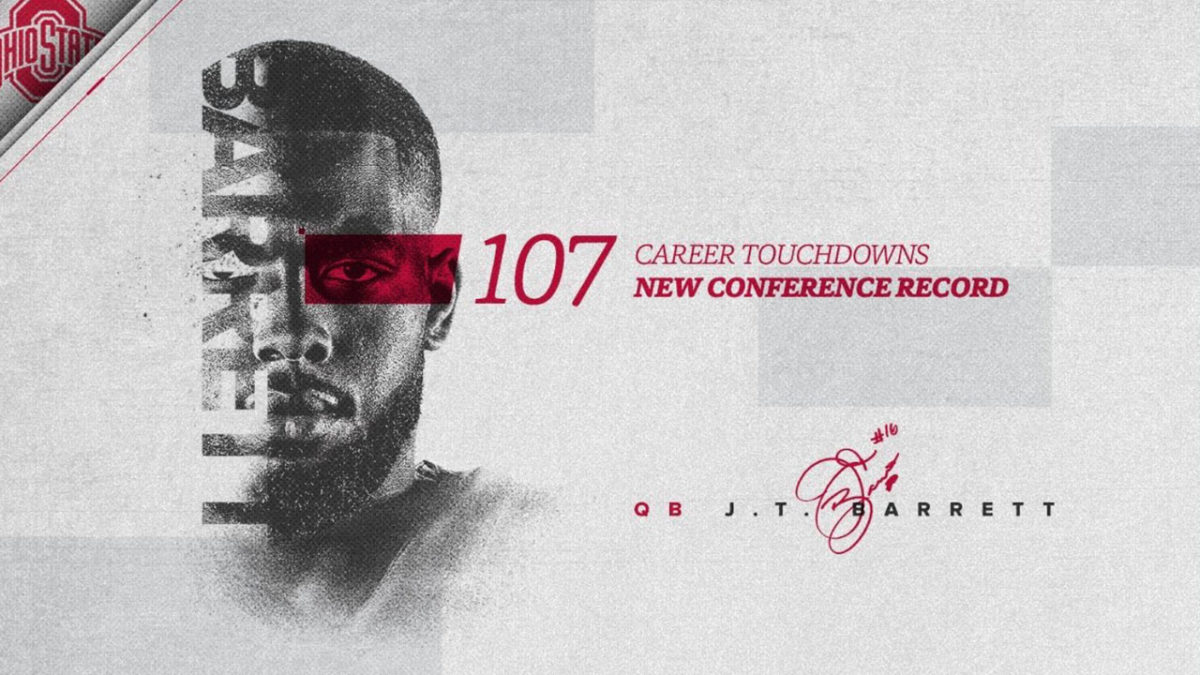 I really liked the gritty monochromatic look of these and the use of the “O” as an element to create depth. I also really liked the signature and position as an element in the second poster as well as J.T.’s image being faded into the texture. Now that I had some direction I just needed to overcome the two most glaring issues between the photos. The first is that Colten and J.T. were not posing to look like they are about to rip you apart like the guys in the posters. The second is that J.T. is leaning over a sales counter. To overcome these issues I decided not to make them as gritty as the guys in the posters and to take the 3D “O” element a bit further to give J.T. something else to lean on. I printed this out at 17×11 on velvet photo paper and shipped it north. He should be getting it tomorrow.

Overall I think it works well and it will hang nicely on the wall of Colten’s newly OSU themed room. I also just found out that he will be meeting up with J.T. again this weekend for football camp! Which I’m sure he’s overly stoked about:) That should give just enough time for mom and dad to get the poster framed and up on the wall before Colten gets back.

I hope you have fun at camp and absorb as much as you can from J.T.